Voices of FSMA: The Road to Implementation


Implementation of the FDA Food Safety Modernization Act (FSMA) involves people at all segments of the food supply chain, from farm to table. On April 23-24, 2015, FDA held a public meeting in Washington D.C. to discuss its plans to implement FSMA rules designed to build a food safety system that focuses on prevention and risk. The meeting drew hundreds of people in person and thousands joined the webcast. They included consumers, growers, manufacturers, importers, advocates, state and federal government officials, and representatives from other nations. This first of four video blogs focuses on the insights of FDA leaders.
Posted by Superior Food Safety at 9:00 AM No comments: 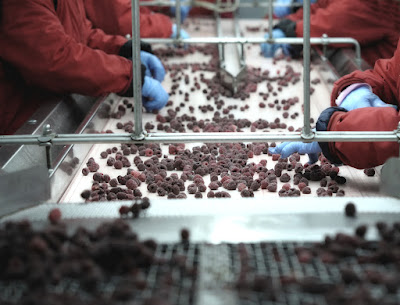 Superior Food Safety’s key differentiator is our knowledge of how to organize for success. We don’t just tell you what’s missing in your food safety system, we show you how to make the right managers responsible and accountable for each program. We give you the tools to restructure your chain of command and establish clear responsibilities and timelines, regular follow-up practices and efficient tracking procedures. The result is an efficient and effective food safety and quality program that rewards integrity, reduces associated risks and protects your business and the health of your consumers.
Posted by Superior Food Safety at 3:20 PM No comments: 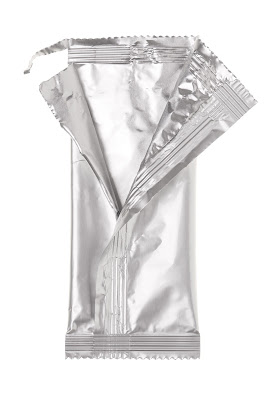 Before recorded history and into the early days of civilization, food was simply consumed where it was found. Life itself revolved around the availability and proximity of food. Some nomadic tribes of people roamed to follow the food, focusing their entire society around the whims of animals like buffalo and antelope. Other civilizations focused more on agriculture, however - the fact still remained the same, the food they found, killed, or produced generally stayed where it was.

Generally, when packaging was needed for food - nature provided all the packaging required, from shells and husks to gourds and animal skins. However, as trade became more important and technology more advanced, food packaging became much more advanced (and effective) as well. With food being sold, exchanged, and transported over miles and miles, the need for reliable packaging increased drastically.

First, containers and packages were made from natural materials, like grass, reeds, logs, and animal parts. These materials were woven into baskets and used to store and transport food with a relative degree of safety. Eventually, boxes were created out of wood for the same purpose. Which leads us to the discovery of metals and ceramics - leading to bigger, better, and more versatile food packaging solutions.

To get an idea of the timeline for food packaging throughout the ages, consider the following:

In the Last 1,000 years, the innovation brought to food packaging has been groundbreaking. With global borders falling away, trade flourishing, and the need for more effective protection, transport, and preservation - wood crates, metal packaging, and specially treated cardboard packaging has come into prominence to deliver the reliability societies everywhere expect.

Studies have indicated that in many countries, subpar food packaging has resulted in astounding losses. For example, one study showed that Russian food transportation in the 1980's was so poor, that nearly 45 percent of fresh vegetables and 50 percent of fresh fruit and grain was were lost to bad packaging. That same study explained that over 2 million tons of fish and meat were also spoiled as a result of ineffective foodservice packaging.

This isolated example helps to illustrate the developing importance of effective food packaging throughout history, which explains the many notable advances in packaging that we've seen in the 20th century. These have included the invention of aluminum foil and cans (1950s), cellulose packaging (1950s), heat shrinkable plastic (1958), foam (1930-1950), and PEET containers (1977).


Article Source: http://EzineArticles.com/7081960
Posted by Superior Food Safety at 9:00 AM No comments: 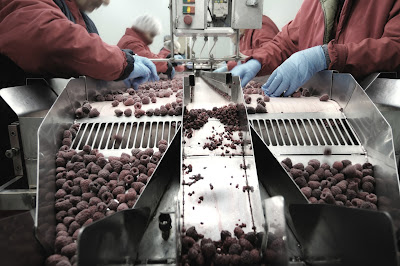 There may be several food safety standards, but their goal is always the same. Each set of rules aims to ensure that food items will not cause harm to consumers. There are no distinct boundaries to tell these standards apart, although there are different ways to look at it. These regulations can be grouped according to food service, import or distribution. Each division is governed by different agencies, which may enforce diverse sets of standards:

Food safety standards that deal with this division are the most widespread among all regulations. Government agencies for agriculture are usually in control of these standards. Politics may also play an influential role in decision-making, especially since this division deals with trade and import. European countries, for instance, have firmer rules on importing genetically modified crops compared to the United States. Some countries may also restrict dairy products made with unpasteurized milk.

Another way to look at food safety standards is through distribution. Processing is an example of this division. Most cases of contamination begin during production and processing, which is why prevention is crucial at this stage. Standards that focus on this division emphasize the importance of stopping contamination at an early level, before it causes widespread harm. A country-wide contamination can easily spread to a full-blown worldwide disaster if food safety is not practiced from the very beginning. Not only will it require immense effort in recalling contaminated items, but food safety malpractice may also lead to poisoning and illness. Both consequences have an enormous impact on the country's economy and may lead to greater expenses and losses in profit.

The national agency of agriculture is held responsible for making sure that standards in distribution are met. All methods and precautions should be exercised to prevent cross-contamination and ensure food sanitation.

Food safety regulations that are included in this division are more focused on food presentation and handling. This includes maintaining the appropriate temperature in salad bars and storage freezers. Meat and poultry should be prepared in accordance with the recommended heat level. Otherwise, consumers should at least be informed that the meat was undercooked. For instance, customers may have different preferences with how their steak is prepared.

Good hygiene goes hand in hand with food safety. Employees who are directly in contact with food items should practice proper hygiene in food preparation and handling. The local health department is in charge of implementing these guidelines in the food service industry. Depending on the government, these policies may require overall hygiene in the workplace and service area. Some employees are even encouraged to wear hairnets while preparing food.

Food safety should not be taken lightly, especially by those who are engaged in the food service industry. Business who are non-compliant to these standards are at risk of losing their license to operate, and may even be required to pay fines. The local government reprimands uncooperative businesses by revoking their licenses until proper action is taken.

Article Source: http://EzineArticles.com/5553782
Posted by Superior Food Safety at 9:00 AM No comments:

What Important Standards Do Food Manufacturers Need to Follow? 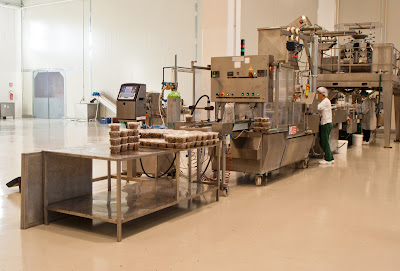 It is the industry which directly affects the health and well-being of people. This is the reason that renowned food organizations like FDA in the USA show concern in setting up standards for the industry. Its around the world need to abide by these standards religiously.

To begin with, its need to follow the standards for the workers who perform different tasks related to food manufacturing phases. These workers are required to be healthy and they should not suffer from issues like skin allergies and other diseases that are communicable in nature. Moreover, it companies must ensure that the workers suffering from temporary problems like lesions and wounds are not allowed to perform activities that require direct touching of food and equipments.

It must take care of purchasing standard equipments for various processes. It is also important to clean the equipments after regular sessions of food processing. Regular inspection of these equipments against cracks and wear and tear must also be conducted to keep them in the good form.

There must be good safety standards which must be followed by it at their manufacturing sites. Protective clothing, gloves and hair nets must be provided to the workers. Moreover, it is important that these workers undergo training before they start working at different equipments.

Like other manufacturing industries, the food manufacturing industry too produces waste in the form of solid, liquid and gaseous wastes. Its need to follow standards to dispose different types of wastes in the most suitable manners. In other words, the manufacturing sites must not contribute towards the environmental contamination.

Finally, there are quality control standards that it must follow to ensure that good quality food products are supplied to the consumers. The ingredients used for manufacturing foods should be tested and harmless. Before packaging different food products, they must be tested to ensure that they have right taste and quality.

Besides, there are food packaging and transportation standards set by the food organizations. Consumers around the world must also keep these standards in mind while choosing the manufacturers whose food products they must buy.

Anamika Swami has wide knowledge of B2B Marketplace and Business industries. Get latest updates on Food manufacturers which are of great demand in B2B space.You can find more free information about Trade Leads at Trade.indiaMART.com

Article Source: http://EzineArticles.com/5917756
Posted by Superior Food Safety at 9:00 AM No comments: